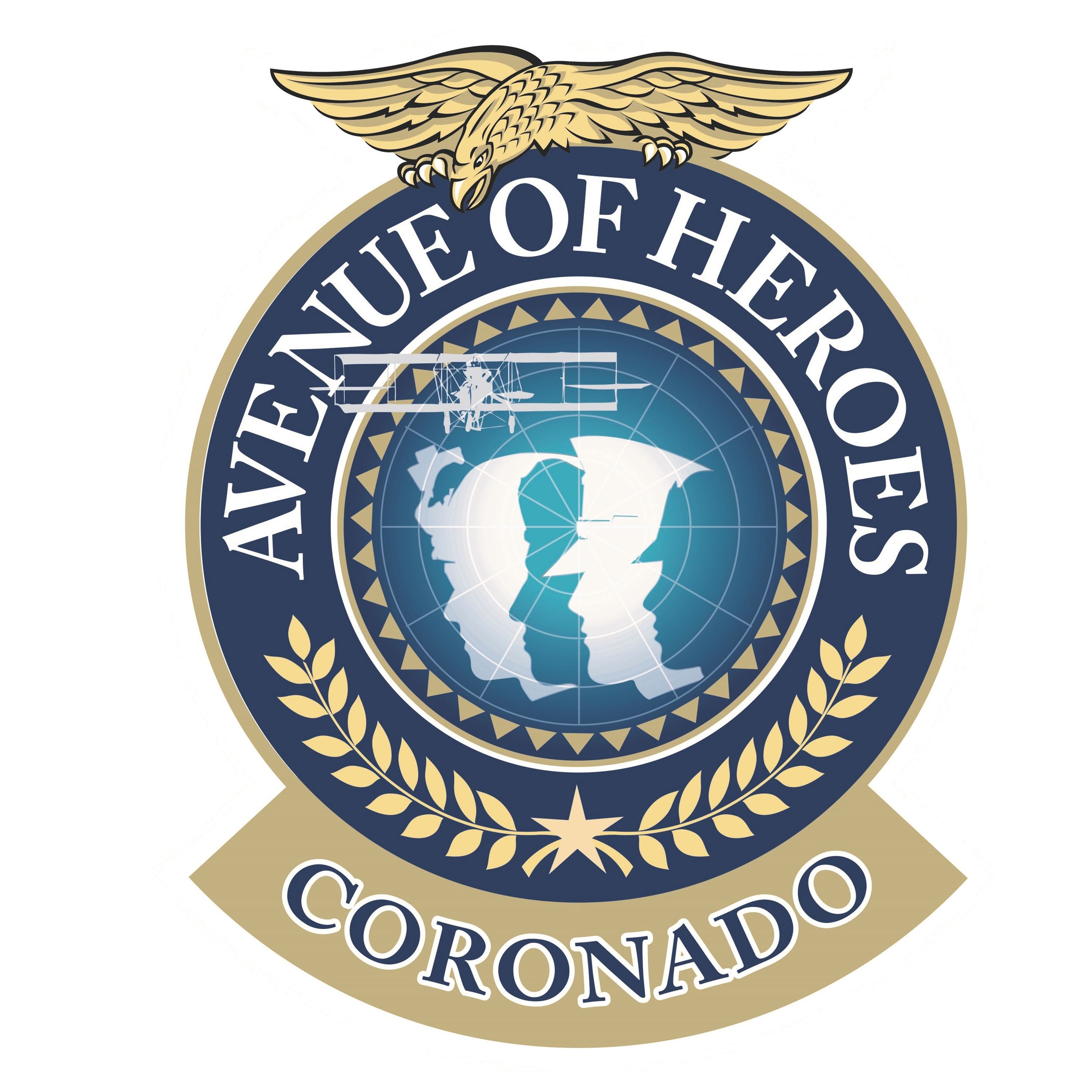 The City of Coronado and the Hometown Banner Committee hosted a dedication ceremony on November 4 to honor the latest group of hometown military veterans or active duty service members with banners along the Avenue of Heroes and a celebration of their service.

Eleven “hometown heroes” who call or have called Coronado home were recognized as the 15th Group. Banners for the honorees will be displayed beginning along Third and Fourth streets from Orange Avenue to Naval Air Station North Island through May 2023.

Officials with the City of Coronado, VFW Post 2422, the Avenue of Heroes Neighborhood Association, and the Coronado Historical Association worked together to develop the Hometown Banner program, which honors men and women from Coronado who are serving or have served their country.

At the event, the biographies of each honoree were read while a slideshow of photos of their lives and military careers was presented. Additionally, they or their families were presented with commemorative mini-banners and had photos taken, which are posted online. It is was a well-attended event held at 10:30 a.m. at the Coronado High School Performing Arts Center. Guests enjoyed pre- and post-event refreshments and mingling with other honorees and guests.

The Hometown Banner ceremony is an inspirational way for the Coronado community to honor the many men and women who have lived here during their military careers. Banners are provided at no cost to the families or honorees once they are retired from the Avenue of Heroes. Any active duty, veteran or retired service member who served honorably is eligible for recognition. In a town known for its military presence, Coronado has plenty of candidates. For more information on the nomination process, visit CommentCoronado.com. 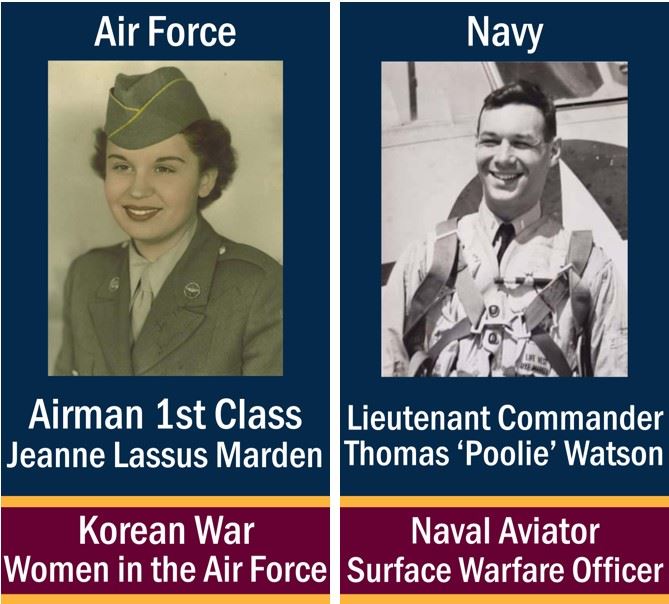 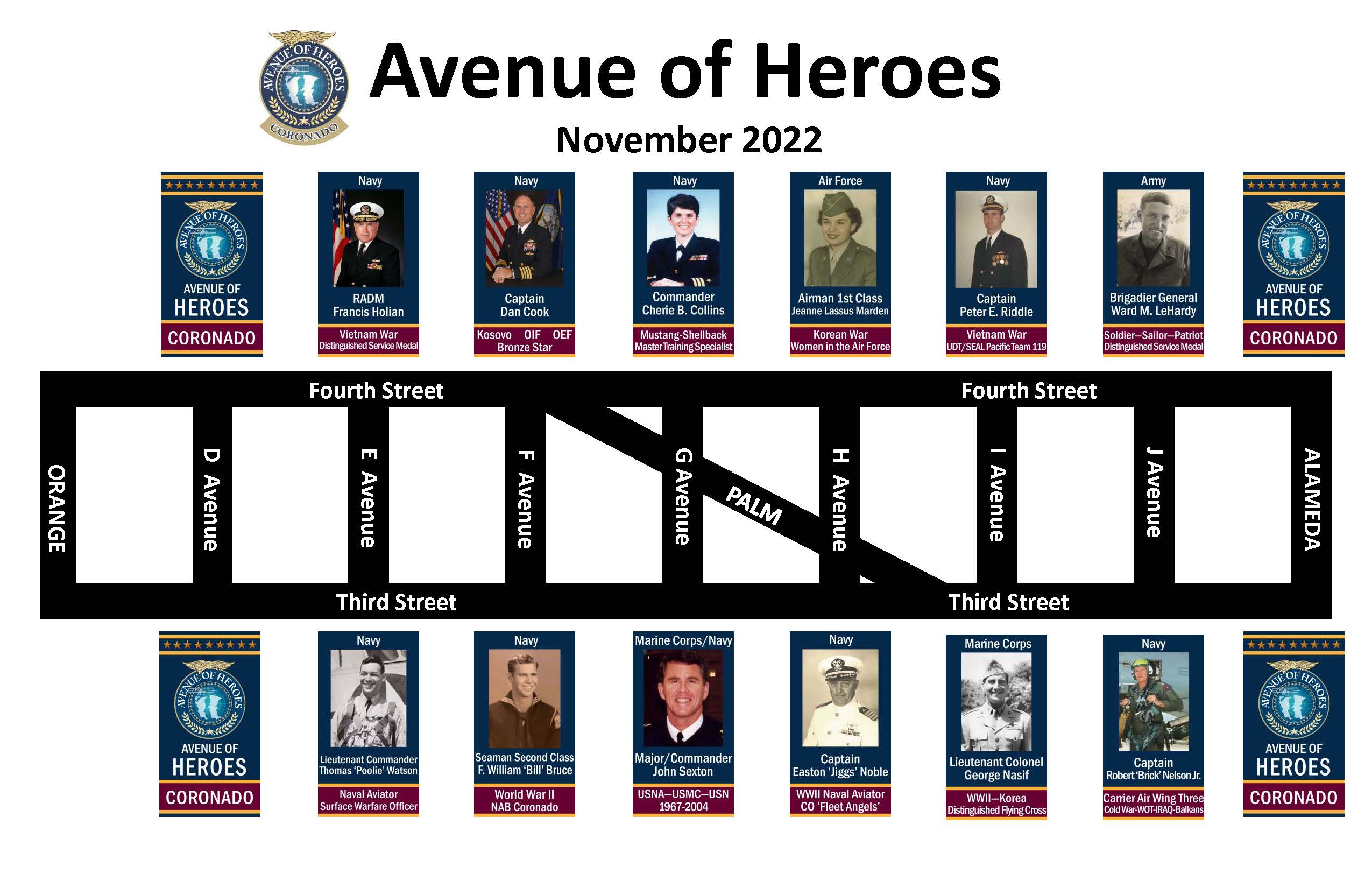 The Hometown Banner Program is a military service recognition program sponsored by the City of Coronado.  Nominations are accepted on a continuing basis and anyone is encouraged to nominate a deserving veteran – living or deceased – that has honorably served their country.

The Hometown Banners honoring Coronado Veterans are displayed along Third and Fourth Streets from Orange Avenue to Naval Air Station North Island, which has been designated the Avenue of Heroes by the City of Coronado.

Nominees for banners shall be past or present residents of Coronado - living or deceased - who served or are serving honorably in any branch of the U.S. Armed Forces. For purposes of satisfying the residency requirement, an individual shall be considered a resident of Coronado if they presently reside or previously resided within the City limits of Coronado, including being stationed at Naval Base Coronado. Proof of military service may be documented in many ways, including, but not limited to, a copy of their DD Form 214, an individual's release from active duty record, or an individual's active duty record. Proof of prior or current residency in Coronado shall be provided to the satisfaction of the selection Committee. Proof of residency may take many forms depending on available documentation.

Placement and Removal of Banners

The Hometown Banners are hung from street light poles on Third and Fourth Street between Orange Avenue and Alameda Boulevard. If sufficient applications are received new banners are typically installed every six months on or about Veterans Day (November) and Memorial Day (May). In November or May, those being honored and their families are invited to a recognition ceremony. Once the banners are retired they are made available to the honoree and/or their family as a keepsake.